Can you imagine life without all the advanced technology we take for granted today? What if you couldn’t use your phone, internet, credit cards, tv, radio, lights, fridge, freezer, etc.; could you survive?

In 1859, a massive solar storm slammed into the earth’s atmosphere. When the sun’s magnetic field lines loop and occasionally touch, it causes an enormous explosion of energy, blasting charged particles to nearly the speed of light.

Richard Carrington, a British astronomer, happened to be watching the sun at the moment of eruption and noticed “two patches of intensely bright and white light” erupting from the surface of the sun. Hours later high energy x-ray and ultraviolet light slammed into the earth’s atmosphere, stripping away the electrons and ionizing the upper atmosphere. This burst of high energy was followed up by a slower moving cloud of charged particles called a CME, coronal mass ejection. 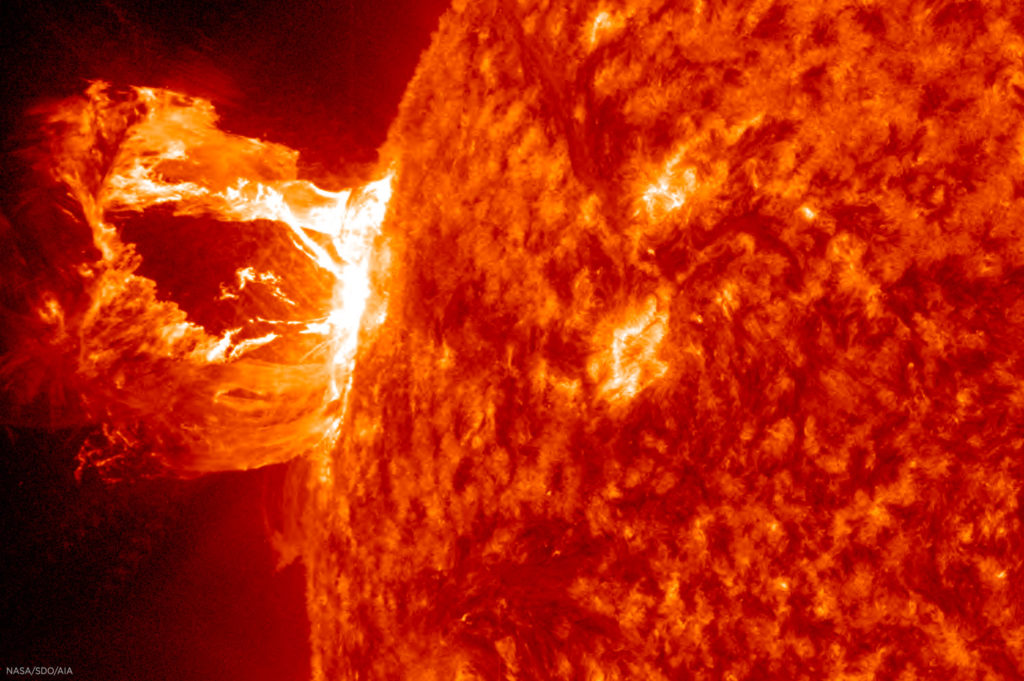 The charged particles bombard Earth’s protective magnetosphere causing it to shake and quiver. The magnetic field shaking causes electrons to move back and forth in electrical lines in massive surges.

The surges in 1859 fried telegraph lines and caused sparks to fly off telegraph equipment, sparking fires and shocking operators. Some operators could send messages by disconnecting their batteries and transmitting via auroral current alone.

Once the telegraph system was back online, accounts began to come in from all around the world of stunning aurora’s so bright you could read the newspaper at night. The brilliant auroras were seen as far south as Hawaii, Cuba, and Jamaica.

In the 1800’s, it was a mild inconvenience for telegraph operators with most people enjoying the beautiful light show. If a Carrington level event hit the world today it would be devastation on a scale we haven’t witnessed before. Our entire global economy is built on electronics. Unless you competed for Survivor or binge watched all of Revolution, most of us would have an extremely difficult time coping in a world with no electricity.

The U.S. power grid is highly interconnected and aging, a Carrington-class geomagnetic storm would likely overwhelm and take the entire grid offline. A report from the National Academy of Sciences claims it would be a $1 trillion – $2 trillion hit to our power grid, GPS, and satellite communication systems, causing extensive social and economic disruptions.

Ice core samples have shown that the Carrington Event was the most powerful solar flare in the last 500 years however, with no reliable way of predicting solar flares much needs to be done to prepare for the inevitable hit.