Researchers aboard the Exploration Vessel Nautilus, exploring a part of the Arguello canyon over a mile below the ocean surface (5,301 feet), stumbled across this mysterious purple orb about two inches wide. 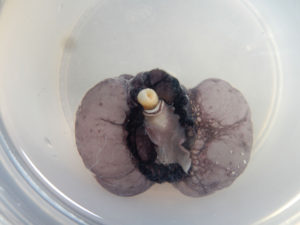 Stumped as to what this purple orb could be they used the ROV’s suction device to capture it and take it onboard.

Once onboard the orb unfolded and went from looking like an amethyst geode to something resembling an odd looking brain.

Scientists best guess is that it’s either some kind of gastropod (snail or slug) called a pleurobranch, or an entirely new species.  “None of the known species of California pleurobranch are purple,” said Susan Poulton, a spokeswoman for the E/V Nautilus expeditions.

The purple orb has been sent to the Harvard Museum of Comparative Zoology to determine what the Nautilus researchers have discovered.

Check out the Nautilus Exploration Vessel for great broadcasts and other exciting explorations discoveries they might have. 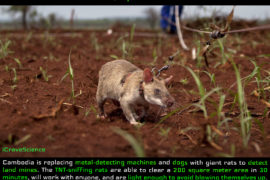 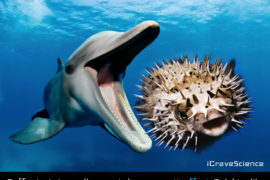